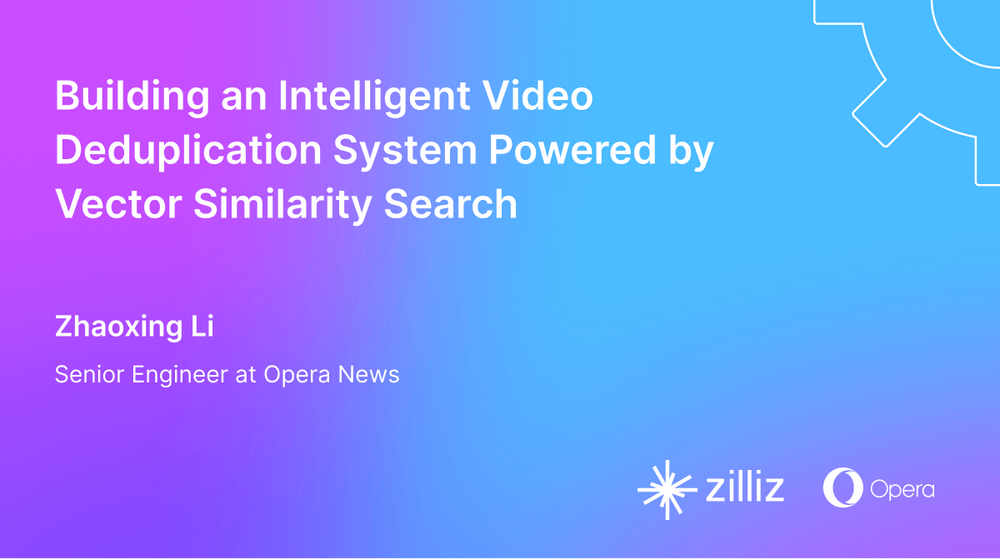 Deduplication refers to eliminating redundant data in the database. This is not a new idea in the industry. However, it seems a necessary solution to managing today’s explosive data growth, especially the growth of unstructured data like videos.

Online video streaming platforms such as Youtube store massive volumes of archive videos. It is very likely that there are many duplicate video resources in the archive. But the data redundancy brings two problems:

This tutorial aims to explain how to build an intelligent video deduplication system using a vector database designed for vector management and vector similarity search. 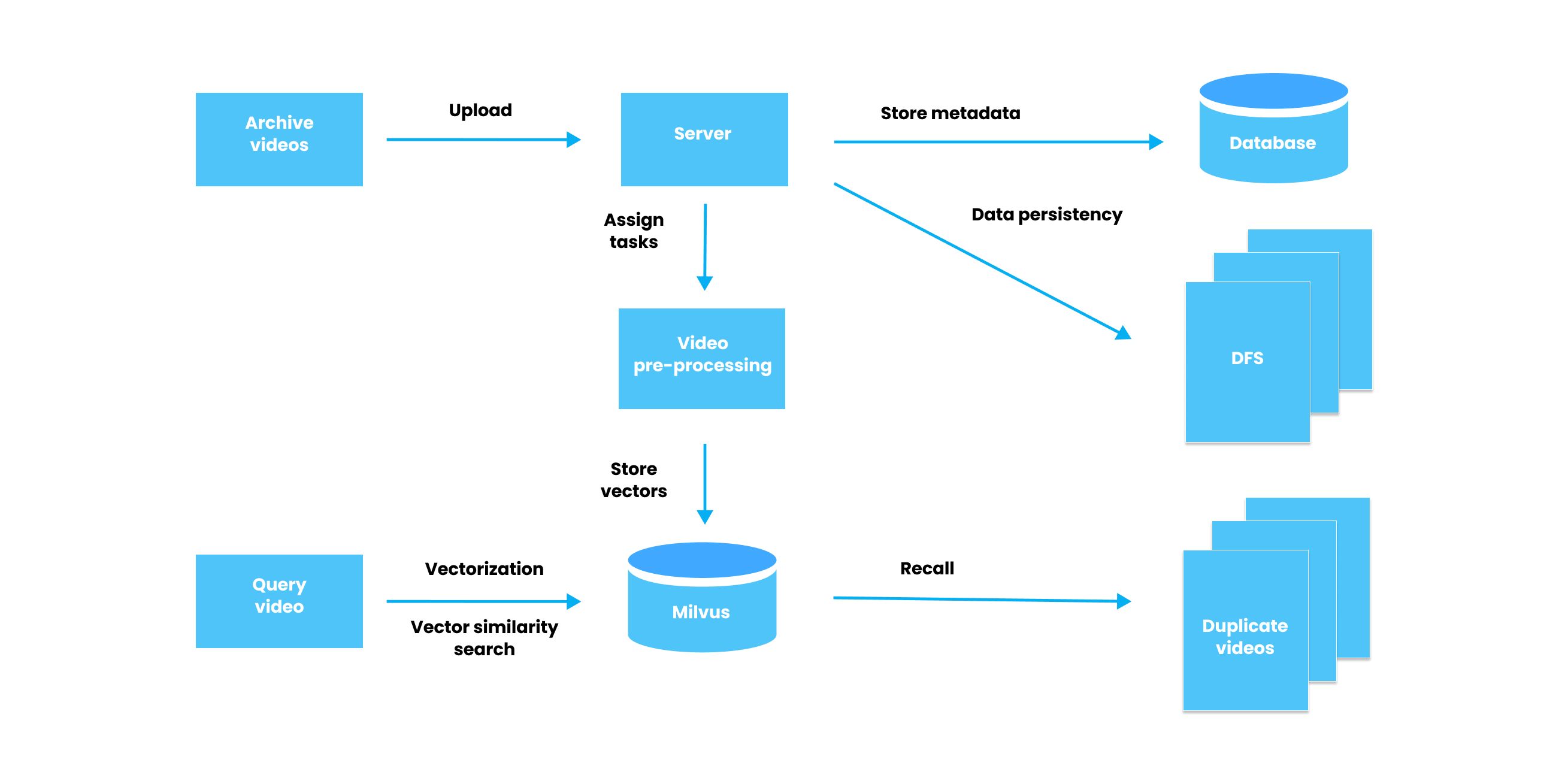 The workflow of a video deduplication system.

The following section describes the key steps of building an intelligent video deduplication system in detail.

1. Convert a video into an image set

ffprobe is a tool specifically designed for analyzing multi-media assets. It extracts information from streaming videos or audios and prints the information in a human- and machine-readable fashion. ffprobe can also be used to detect the format of the container used by a multimedia stream as well as the format and type of each multi-media asset. Use the following command to obtain information about the duration of a video.

FFmpeg is an open-source tool for audio and video analysis that supports recording and converting audio and video clips into multiple formats. We use FFmpeg to extract a certain amount of frames in the video at a certain interval. For instance, if a video clip lasts for 100 seconds and we extract the frames every 10 seconds, the extraction ratio is 0.1. Run the following command to extract the video frames.

Pre-processing of the images includes cropping, enlarging, and reducing images, as well as adjusting image gray scale, and more. After pre-processing the images, use the pre-trained deep learning model VGG or ResNet to convert the images into 1000-dimensional feature vectors.

To further clarify the rules, suppose we have two vector sets and would love to know their similarity. 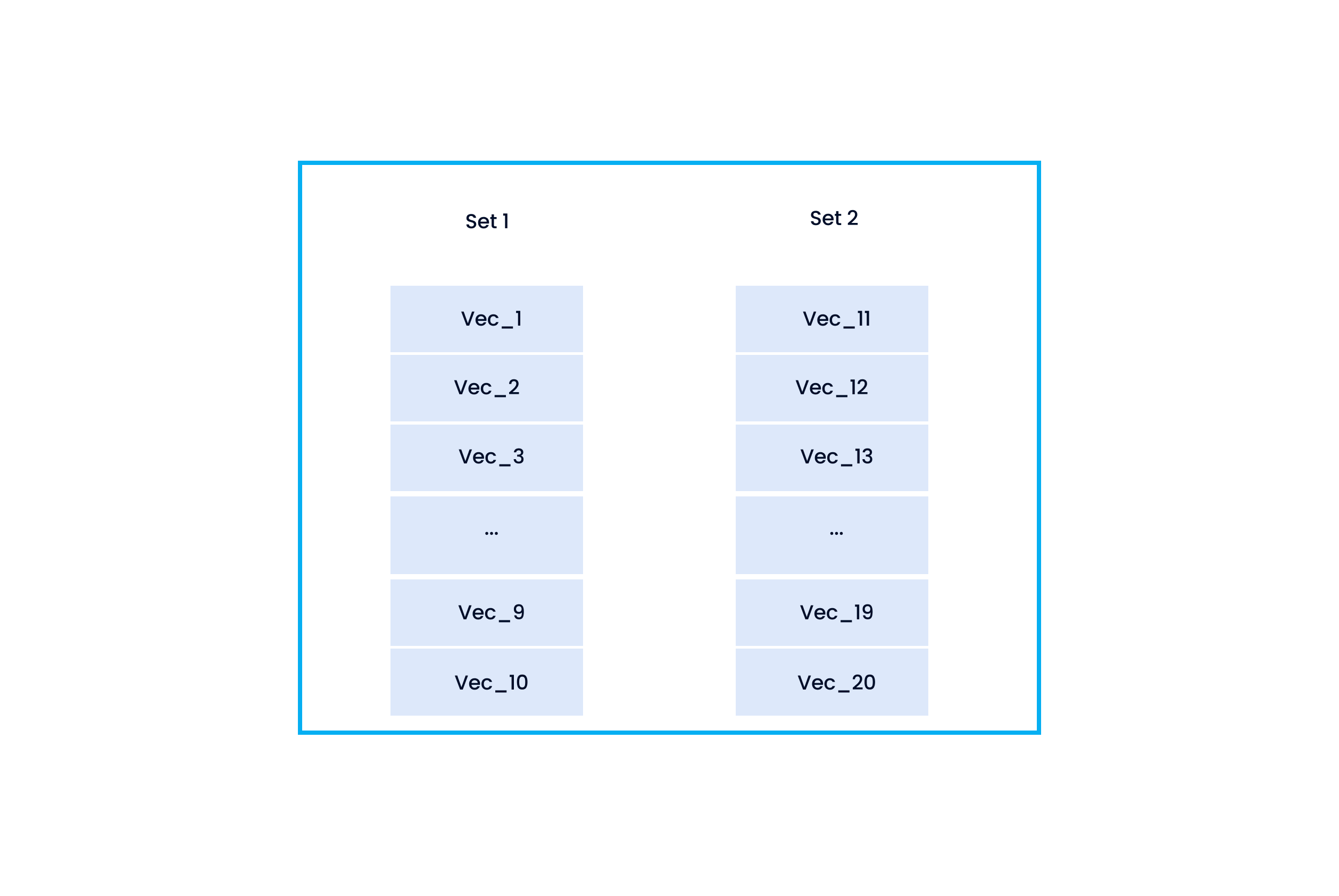 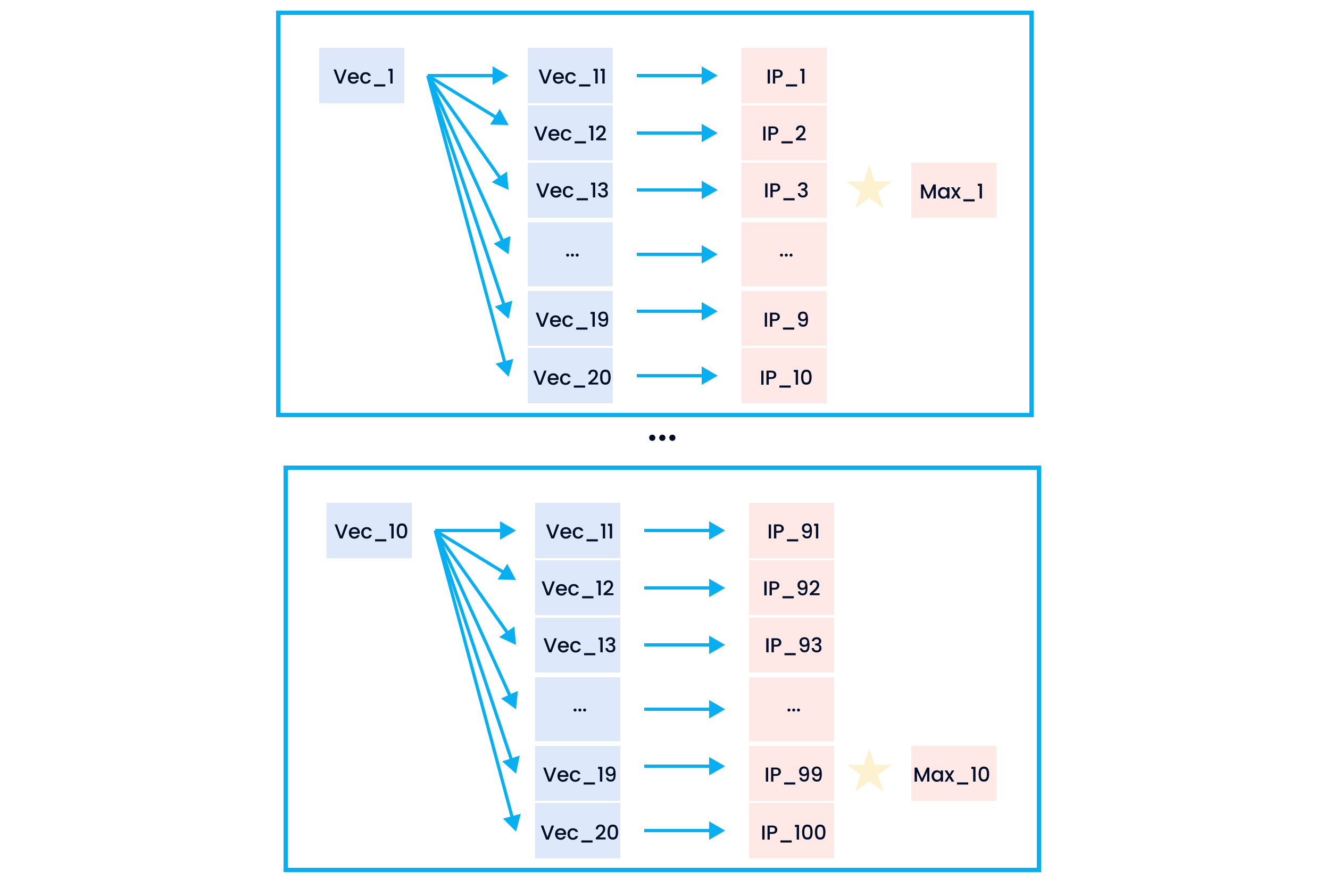 The calculation of similarity between vectors and vector sets.

As a database specifically designed to handle queries over input vectors, Milvus is capable of indexing vectors on a trillion scale. Unlike existing relational databases which mainly deal with structured data following a pre-defined pattern, Milvus is designed from the bottom-up to handle embedding vectors converted from unstructured data.

How Milvus fits into the data workflow.

As the Internet grew and evolved, unstructured data became more and more common, including emails, papers, IoT sensor data, Facebook photos, protein structures, and much more. In order for computers to understand and process unstructured data, these are converted into vectors using embedding techniques. Milvus stores and indexes these vectors. Milvus is able to analyze the correlation between two vectors by calculating their similarity distance. If the two embedding vectors are very similar, it means that the original data sources are similar as well.

In this tutorial, follow the steps below to conduct vector similarity search in Milvus:

This tutorial serves as a basic instruction on building a minimum viable product (MVP). However, more work can be done to further optimize the system: