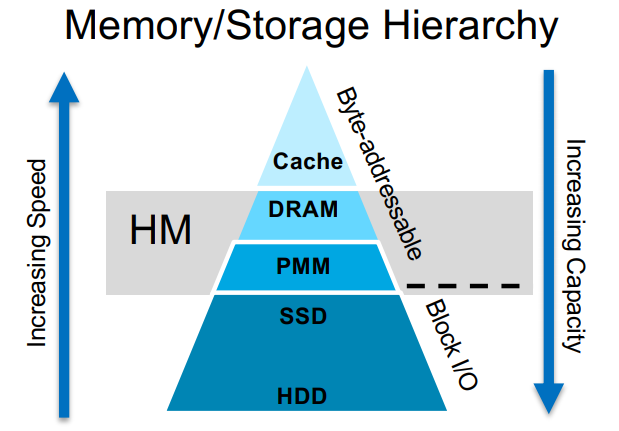 Since their inception, ANN search algorithms have posed a fundamental tradeoff between query accuracy and query latency due to the limited DRAM capacity. To store indexes in DRAM for fast query access, it is necessary to limit the number of data points or store compressed vectors, both of which hurt search accuracy. Graph-based indexes (e.g. Hierarchical Navigable Small World, HNSW) have superior query runtime performance and query accuracy. However, these indexes can also consume 1-TiB-level DRAM when operating on billion-scale datasets.

There are other workarounds to avoid letting DRAM store billion-scale datasets in raw format. When a dataset is too large to fit into memory on a single machine, compressed approaches such as product quantization of the dataset’s points are used. But the recall of those indexes with the compressed dataset is normally low because of the loss of precision during quantization. Subramanya et al. explore leveraging solid-state drive (SSD) to achieve billion-scale ANN search using a single machine with an approach called Disk-ANN, where the raw dataset is stored on SSD and the compressed representation on DRAM.

Heterogeneous memory (HM) represents the combination of fast but small DRAM and slow but large PMem. DRAM is normal hardware that can be found in every modern server, and its access is relatively fast. New PMem technologies, such as Intel® Optane™ DC Persistent Memory Modules, bridge the gap between NAND-based flash (SSD) and DRAM, eliminating the I/O bottleneck. PMem is durable like SSD, and directly addressable by the CPU, like memory. Renen et al. discover that the PMem read bandwidth is 2.6× lower, and the write bandwidth 7.5× lower, than DRAM in the configured experiment environment.

HM-ANN is an accurate and fast billion-scale ANN search algorithm that runs on a single machine without compression. The design of HM-ANN generalizes the idea of HNSW, whose hierarchical structure naturally fits into HM. HNSW consists of multiple layers—only layer 0 contains the whole dataset, and each remaining layer contains a subset of elements from the layer directly underneath it. 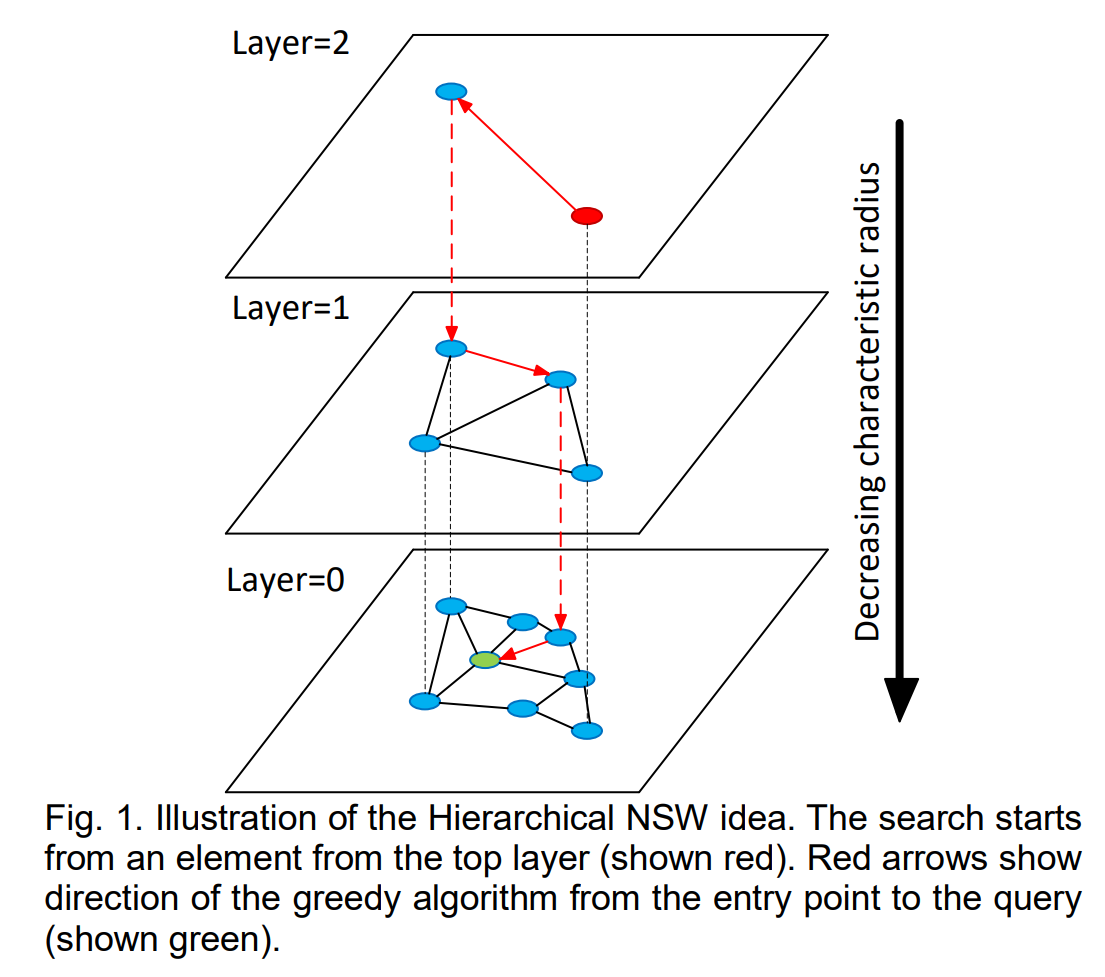 An example of HNSW with 3 layers.

An example of graph construction of HM-ANN

The key idea of HM-ANN’s construction is to create high-quality upper layers, in order to provide better navigation for search at layer 0. Thus most memory access happens in DRAM, and memory access in PMem is reduced. To make this possible, the construction algorithm of HM-ANN has a top-down insertion phase and a bottom-up promotion phase.

The top-down insertion phase builds a navigable small-world graph as the bottom-most layer is placed on the PMem.

The bottom-up promotion phase promotes pivot points from the bottom layer to form upper layers that are placed on DRAM without losing much accuracy. If a high-quality projection of elements from layer 0 is created in layer 1, search in layer 0 finds the accurate nearest neighbors of the query with only a few hops.

An example of graph seach of HM-ANN.

In the bottom layer, HM-ANN evenly partitions the aforementioned candidates from searching layer 1 and sees them as entry points to perform a parallel multi-start 1-greedy search with threads. The top candidates from each search are collected to find the best candidates. As known, going down from layer 1 to layer 0 is exactly going to PMem. Parallel search hides the latency of PMem and makes the best use of memory bandwidth to improve search quality without increasing search time.

HM-ANN implements a software-managed buffer in DRAM to prefetch data from PMem before memory access happens. When searching layer 1, HM-ANN asynchronously copies neighbor elements of those candidates in efSearchL1 and their connections in layer 1 from PMem to the buffer. When the search in layer 0 happens, a portion of the data is already prefetched in DRAM, which hides the latency to access PMem and leads to shorter query time. It matches the design goal of HM-ANN, where most memory access happens in DRAM and memory access in PMem is reduced.

In the paper “HM-ANN: Efficient Billion-Point Nearest Neighbor Search on Heterogenous Memory”, an extensive evaluation is conducted. All experiments are done on a machine with an Intel Xeon Gold 6252 CPU@2.3GHz. It uses DDR4 (96GB) as fast memory and Optane DC PMM (1.5TB) as slow memory. Five datasets are evaluated: BIGANN, DEEP1B, SIFT1M, DEEP1M, and GIST1M. For billion-scale tests, the following schemes are included: billion-scale quantization-based methods (IMI+OPQ and L&C), and the non-compression-based methods (HNSW and NSG).

In Table 1, the indexing time and memory consumption of different graph-based indexes are compared. HNSW is the fastest in index building, and HM-ANN needs 8% additional time than HNSW. In terms of overall storage usage, HM-ANN indexes are 5–13% larger than HSNW, because it promotes more nodes from layer 0 to layer 1.

In Figure 2, the query performance of different indexes is analyzed in a pure DRAM setting. HNSW, NSG, and HM-ANN are evaluated with a three million-scale dataset that fits into the capacity of DRAM. HM-ANN still achieves better query performance than HNSW. The reason is that the total number of distance computations from HM-ANN (on average 850/query) is less than that number of HNSW (on average 900/query) when they both aim to achieve 99% recall target. 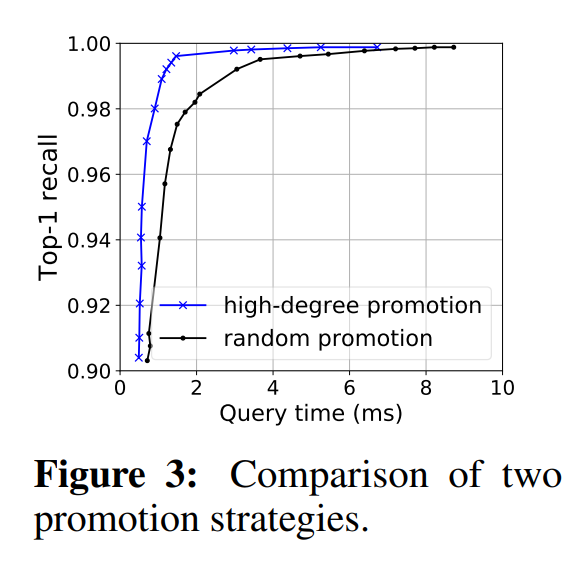 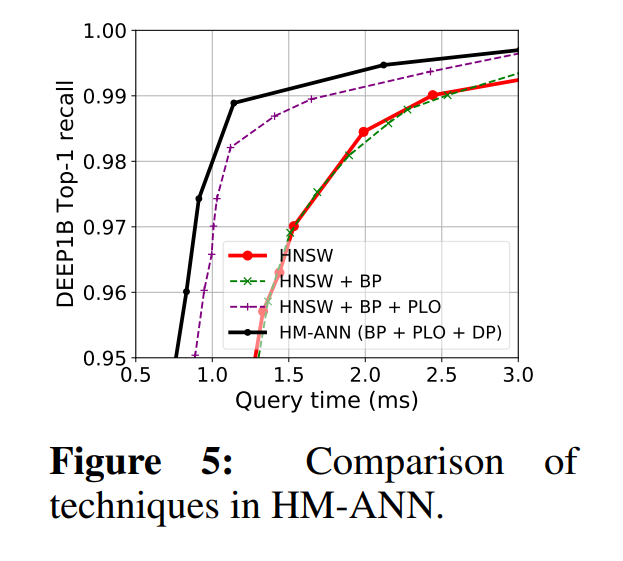 Figure 5 contains a series of steps between HNSW and HM-ANN to show how each optimization of HM-ANN contributes to its improvements. BP stands for bottom-up promotion in index building, PL0 for parallel layer-0 search, and DP for data prefetching from PMem to DRAM. With each step, HM-ANN’s search performance is pushed further.

A new graph-based indexing and search algorithm, called HM-ANN, maps the hierarchical design of the graph-based ANN search algorithms with memory heterogeneity in HM. Evaluations show that HM-ANN should be considered a new state-of-the-art index for billion-point datasets.

It is becoming increasingly popular in academia and among private enterprises to build indexes on persistent storage devices. To offload the pressure of DRAM, Disk-ANN is an index built on SSD, whose throughput is significantly lower than PMem. However, building HM-ANN still takes few days, which isn’t much different from Disk-ANN. We believe it is possible to optimize the indexing time of HM-ANN by utilizing Pmem’s characteristics more carefully (e.g., awareness of Pmem’s granularity of 256 bytes), and using flow instructions to bypass cache lines. We also anticipate that more approaches to durable storage devices will be proposed in the future.