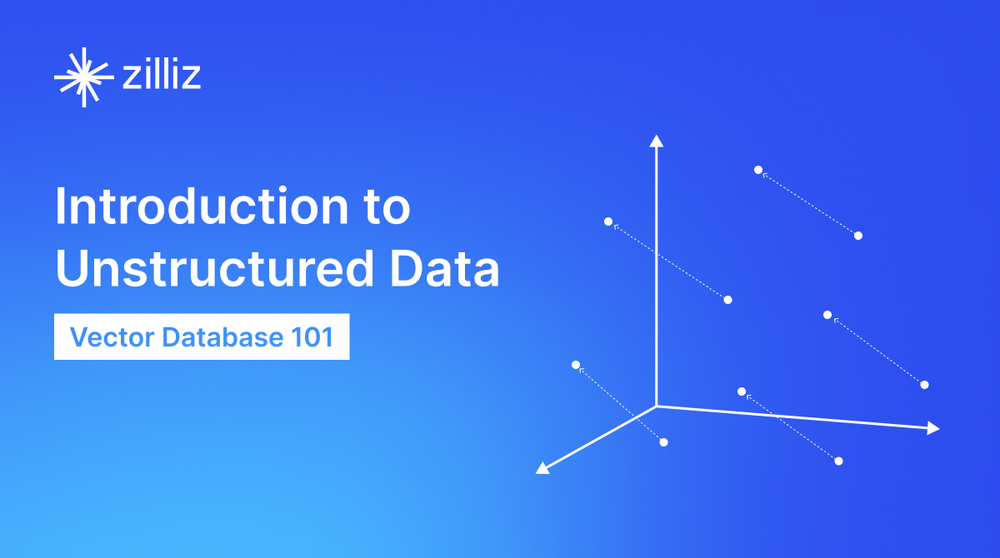 This is the first tutorial, and will be mostly a text-based overview of unstructured data. I know, this doesn’t sound like a very sexy topic, but before you press that little x button on your browser tab, hear us out.

New data is being generated every day, and is undoubtedly a key driver of both worldwide integration as well as the global economy. From heart rate monitors worn on wrists to GPS positions of a vehicle fleet to videos uploaded to social media, data is being generated at an exponentially increasing rate. The importance of this ever-increasing amount of data cannot be understated; data can help better serve existing customers, identify supply chain weaknesses, pinpoint workforce inefficiencies, and help companies identify and break into new markets, all factors that can enable a company (and you) to generate more revenue.

Not convinced yet? International Data Corporation - also known as IDC - predicts that the global datasphere - a measure of the total amount of new data created and stored on persistent storage all around the world - will grow to 400 zettabytes (a zettabyte = 1021 bytes) by 2028. At that time, over 30% of said data will be generated in real-time, while 80% of all generated data will be unstructured.

Still with us? Excellent - let’s start by briefly describing structured/semi-structured data. In the simplest terms, traditional structured data can be stored via a relational model. Take, for example, a book database:

In the example above, each row within the database represents a particular book (indexed by ISBN number), while the columns denote the corresponding category of information. Databases built on top of the relational model allow for multiple tables, each of which has its own unique set of columns. These tables are formally known as relations, but we’ll just call them tables to avoid confusing databases with friends and family members. Two of the most popular and well-known examples of relational databases are MySQL (released in 1995) and PostgreSQL (released in 1996).

Note how the first element in our new JSON database now contains Months and Tags as two extra pieces of information, without impacting the two subsequent elements. With semi-structured data, this can be done without the extra overhead of two additional columns for all elements, thereby allowing for greater flexibility.

Semantically the same? What on earth does that mean? Let’s dive a bit deeper and unpack the idea of semantic similarity. Although these three photos may have vastly different pixel values, resolutions, file sizes, etc, all three photos are of the same German Shephard in the same environment. Think about it - all three photos have identical or near-identical content but significantly different raw pixel values. This poses a new challenge for industries and companies that use data1: how can we transform, store, and search unstructured data in a similar fashion to structured/semi-structured data?

At this point, you’re probably wondering: how can we search and analyze unstructured data if it has no fixed size or format? The answer: machine learning (or more specifically, deep learning). In the past decade, the combination of big data and deep neural networks has fundamentally changed the way we approach data-driven applications; tasks ranging from spam email detection to realistic text-to-video synthesis have seen incredible strides, with accuracy metrics on certain tasks reaching superhuman levels. This may sound scary (hello, Skynet), but we’re still many decades away from Elon Musk’s vision of AI taking over the world.

1In essence, this is all industries, all companies, and all inviduals. Including you!

A crash course on embeddings

Let’s get back on track. The vast majority of neural network models are capable of turning a single piece of unstructured data into a list of floating point values, also known more commonly as an embedding or embedding vector. As it turns out, a properly trained neural network can output embeddings that represent the semantic content of the image2. In a future tutorial, we’ll go over a vector database use case that uses a pre-determined algorithm to generate embeddings. 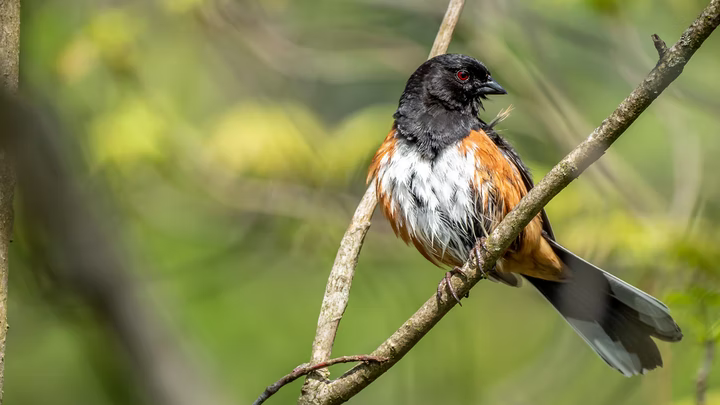 The photo above provides an example of transforming a piece of unstructured data into a vector. With the preeminent ResNet-50 convolutional neural network, this image can be represented as a vector of length 2048 - here are the first three and last three elements: [0.1392, 0.3572, 0.1988, ..., 0.2888, 0.6611, 0.2909]. Embeddings generated by a properly trained neural network have mathematical properties which make them easy to search and analyze. We won’t go too much into detail here, but know that, generally speaking, embedding vectors for semantically similar objects are close to each other in terms of distance. Therefore, searching across and understanding unstructured data boils down to vector arithmetic.

As mentioned in the introduction, unstructured data will comprise a whopping 80% of all newly created data by the year 2028. This proportion will continue to increase beyond 80% as industries mature and implement methods for unstructured data processing. This impacts everybody - you, me, the companies that we work for, the organizations that we volunteer for, so on and so forth. Just as new user-facing applications from 2010 onward required databases for storing semi-structured data (as opposed to traditional tabular data), this decade necessitates databases purpose-built for indexing and searching across massive quantities (exabytes) of unstructured data.

The solution? A database for the AI era - a vector database. Welcome to our world; welcome to the world of Milvus.

2In most tutorials, we’ll focus on embeddings generated by neural networks; do note, however, that embeddings can be generated through handcrafted algorithms as well.

Excited yet? Excellent. But before we dive headfirst into vector databases and Milvus, let’s take a minute to talk about how we process and analyze unstructured data. In the case of structured and semi-structured data, searching for or filtering items in the database is fairly strightforward. As a simple example, querying MongoDB for the first book from a particular author can be done with the following code snippet (using pymongo):

This type of querying methodology is not dissimilar to that of traditional relational databases, which rely on SQL statements to filter and fetch data. The concept is the same: databases for structured/semi-structured data perform filtering and querying using mathematical (e.g. <=, string distance) or logical (e.g. EQUALS, NOT) operators across numerical values and/or strings. For traditional relational databases, this is called relational algebra; for those of you unfamiliar with it, trust me when I say it’s much worse than linear algebra. You may have seen examples of extremely complex filters being constructed through relational algebra, but the core concept remains the same - traditional databases are deterministic systems that always return exact matches for a given set of filters.

Unlike databases for structured/semi-structured data, vector database queries are done by specifying an input query vector as opposed to SQL statement or data filters (such as {'Author': 'Bill Bryson'}). This vector is the embedding-based representation of the unstructured data. As a quick example, this can be done in Milvus with the following snippet (using pymilvus):

Internally, queries across large collections of unstructured data are performed using a suite of algorithms collectively known as approximate nearest neighbor search, or ANN search for short. In a nutshell, ANN search is a form of optimization that attempts to find the “closest” point or set of points to a given query vector. Note the “approximate” in ANN. By utilizing clever indexing methods, vector databases have a clear accuracy/performance tradeoff: increasing search runtimes will result in a more consistent database that performs closer to a deterministic system, always returning the absolute nearest neighbors given a query value. Conversely, reducing query times will improve throughput but may result in capturing fewer of a query’s true nearest values. In this sense, unstructured data processing is a probabilistic process3. 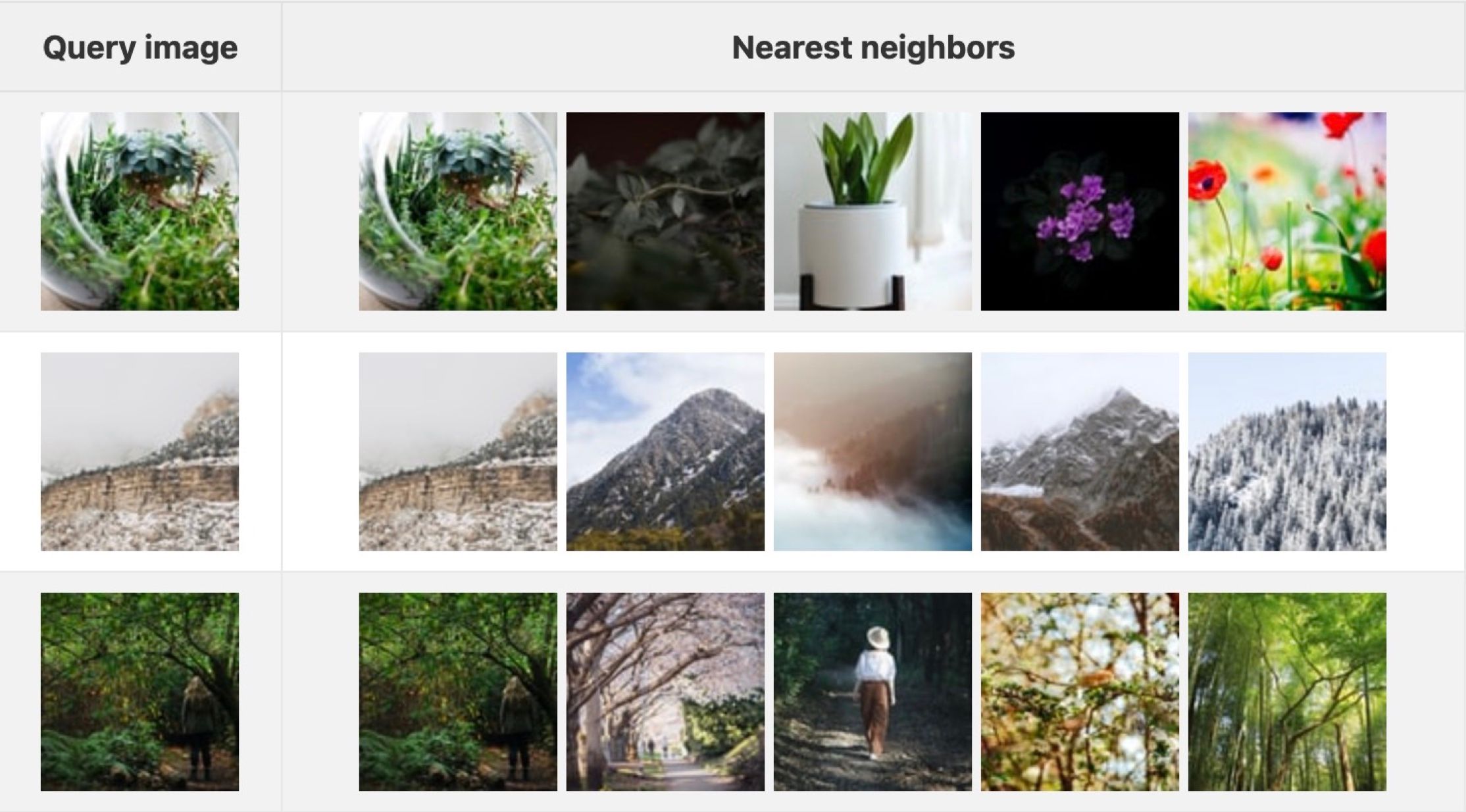 ANN search is a core component of vector databases and a massive research area in and of itself; as such, we’ll dive deep into various ANN search methodologies available to you within Milvus in a future set of articles.

3Vector databases can be made determinstic by selecting a specific index.

Thanks for making it this far! Here are the key takewaways for this tutorial:

This concludes part one of this introductory series - for those of you new to vector databases, welcome to Milvus! In the next tutorial, we’ll cover vector databases in more detail:

See you in the next tutorial.