Building a Personalized Product Recommender System with Vipshop and Milvus 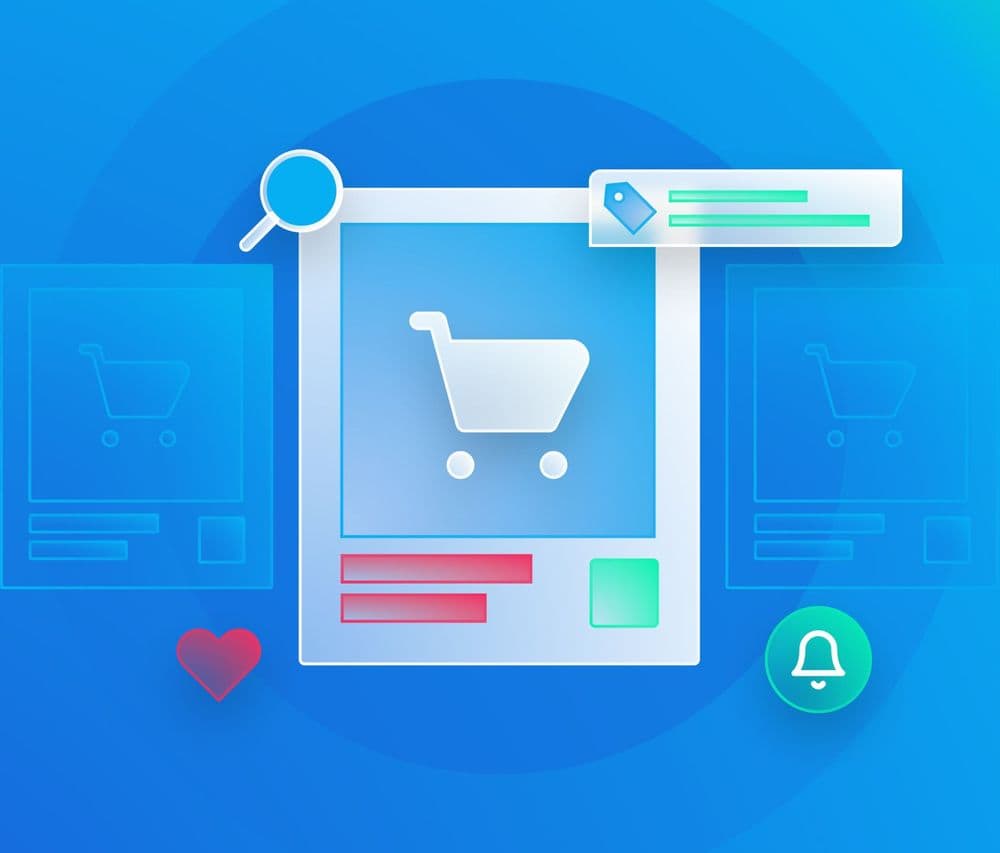 With the explosive growth of Internet data scale, the product quantity as well as category in the current mainstream e-commerce platform increase on the one hand, the difficulty for users to find the products they need surges on the other hand.

Vipshop is a leading online discount retailer for brands in China. The Company offers high-quality and popular branded products to consumers throughout China at a significant discount from retail prices. To optimize the shopping experience for their customers, the company decided to build a personalized search recommendation system based on user query keywords and user portraits.

The core function of the e-commerce search recommendation system is to retrieve suitable products from a large number of products and display them to users according to their search intent and preference. In this process, the system needs to calculate the similarity between products and users’ search intent & preference, and recommends the TopK products with the highest similarity to users.

Data such as product information, user search intent, and user preferences are all unstructured data. We tried to calculate the similarity of such data using CosineSimilarity(7.x) of the search engine Elasticsearch (ES), but this approach has the following drawbacks.

We tried to develop our own locally sensitive hash plug-in to accelerate the CosineSimilarity calculation of ES. Although the performance and throughput were significantly improved after the acceleration, the latency of 100+ ms was still difficult to meet the actual online product retrieval requirements.

After althorough research, we decided to use Milvus, an open source vector database, which is advantaged with the support for distributed deployment, multi-language SDKs, read/write separation, etc. compared to the commonly used standalone Faiss.

Using various deep learning models, we convert massive unstructured data into feature vectors, and import the vectors into Milvus. With the excellent performance of Milvus, our e-commerce search recommendation system can efficiently query the TopK vectors that are similar to the target vectors.

Architecture As shown in the diagram, the system overall architecture consists of two main parts.

Whereas the current version of Milvus does not support switching collection aliases, we introduce Redis to seamlessly switch aliases between multiple entire data collections.

The read node only needs to read existing metadata information and vector data or indexes from MySQL, Milvus, and GlusterFS distributed file system, so the read capability can be horizontally extended by deploying multiple instances. 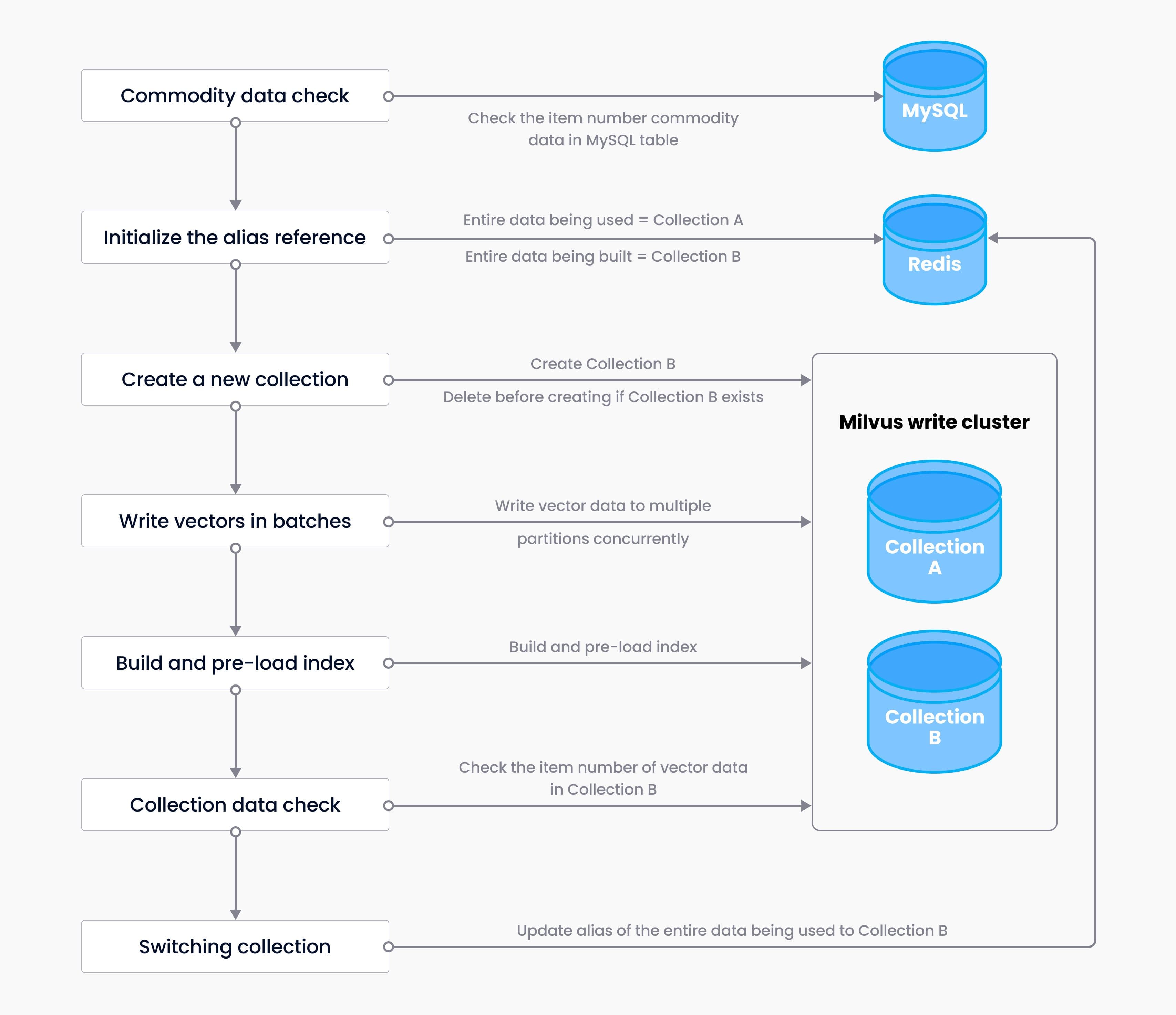 The Milvus partition data is called several times to calculate the similarity between user vectors, obtained based on user query keywords and user portrait, and item vector, and the TopK item vectors are returned after merging. The overall workflow schematic is as follow:

workflow The following table lists the main services involved in this process. It can be seen that the average latency for recalling TopK vectors is about 30 ms.

At present, Milvus-based vector search can be used steadily in the search of recommendation scenarios, and its high performance gives us more room to play in the dimensionality of the model and algorithm selection.

Milvus will play a crucial role as the middleware for more scenarios, including recall of main site search and all-scenario recommendations.

The three most anticipated features of Milvus in the future are as follows.