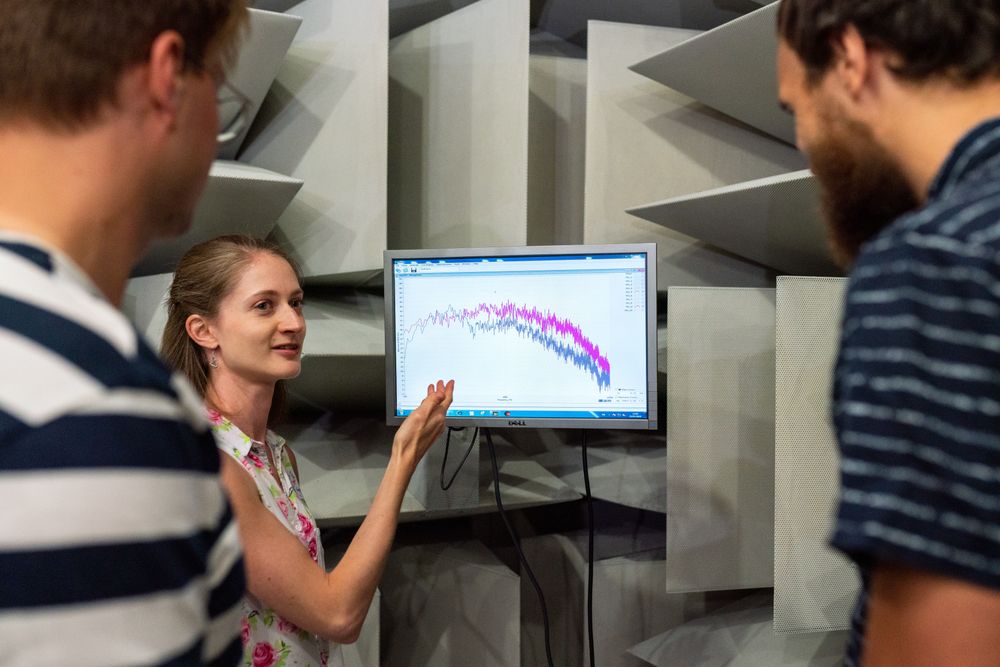 Recommendation systems are powered by algorithms that have humble beginnings helping humans sift through unwanted email. In 1990, the inventor Doug Terry used a collaborative filtering algorithm to sort desirable email from junk mail. By simply “liking” or “hating” an email, in collaboration with others doing the same thing to similar mail content, users could quickly train computers to determine what to push through to a user’s inbox—and what to sequester to the junk mail folder.

In a general sense, recommendation systems are algorithms that make relevant suggestions to users. Suggestions can be movies to watch, books to read, products to buy, or anything else depending on the scenario or industry. These algorithms are all around us, influencing the content we consume and the products we purchase from major tech companies such as Youtube, Amazon, Netflix and many more.

How do recommendation systems work?

An example of collaborative filtering would be a personalized radio station on Spotify that is based on a user’s listening history, interests, music library and more. The station plays music that the user hasn’t saved or otherwise expressed interest in, but that other users with similar taste often have. A content-based filtering example would be a radio station based on a specific song or artist that uses attributes of the input to recommend similar music.

Tools for building a recommender system

In this example, building a graph-based recommendation system from scratch depends on the following tools:

PinSage is a random-walk graph convolutional network capable of learning embeddings for nodes in web-scale graphs containing billions of objects. The network was developed by Pinterest, an online pinboard company, to offer thematic visual recommendations to its users.

Pinterest users can “pin” content that interests them to “boards,” which are collections of pinned content. With over 478 million monthly active users (MAU) and over 240 billion objects saved, the company has an immense amount of user data that it must build new technology to keep up with. 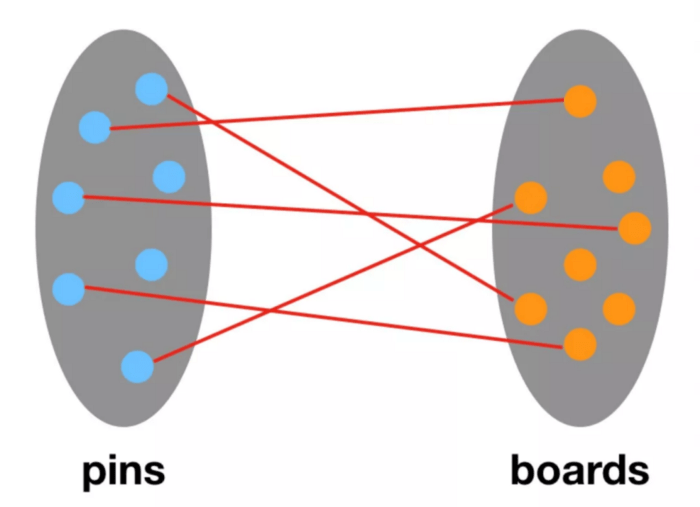 PinSage uses pins-boards bipartite graphs to generate high-quality embeddings from pins that are used to recommend visually similar content to users. Unlike traditional GCN algorithms, which perform convolutions on the feature matrices and the full graph, PinSage samples the nearby nodes/Pins and performs more efficient local convolutions through dynamic construction of computational graphs.

Performing convolutions on the entire neighborhood of a node will result in a massive computational graph. To reduce resource requirements, traditional GCN algorithms update a node’s representation by aggregating information from its k-hop neighborhood. PinSage simulates random-walk to set frequently visited content as the key neighborhood and then constructs a convolution based on it.

Because there is often overlap in k-hop neighborhoods, local convolution on nodes results in repeated computation. To avoid this, in each aggregate step PinSage maps all nodes without repeated calculation, then links them to the corresponding upper-level nodes, and finally retrieves the embeddings of the upper-level nodes. 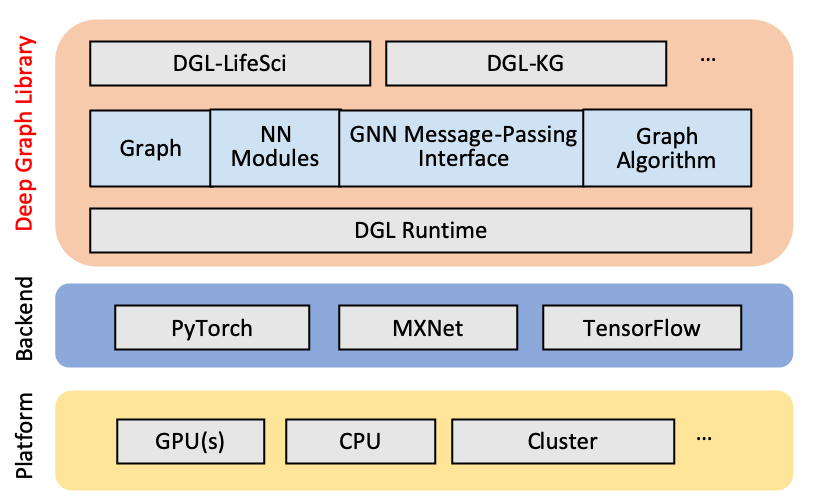 Deep Graph Library (DGL) is a Python package designed for building graph-based neural network models on top of existing deep learning frameworks (e.g., PyTorch, MXNet, Gluon, and more). DGL includes a user friendly backend interface, making it easy to implant in frameworks based on tensors and that support automatic generation. The PinSage algorithm mentioned above is optimized for use with DGL and PyTorch. 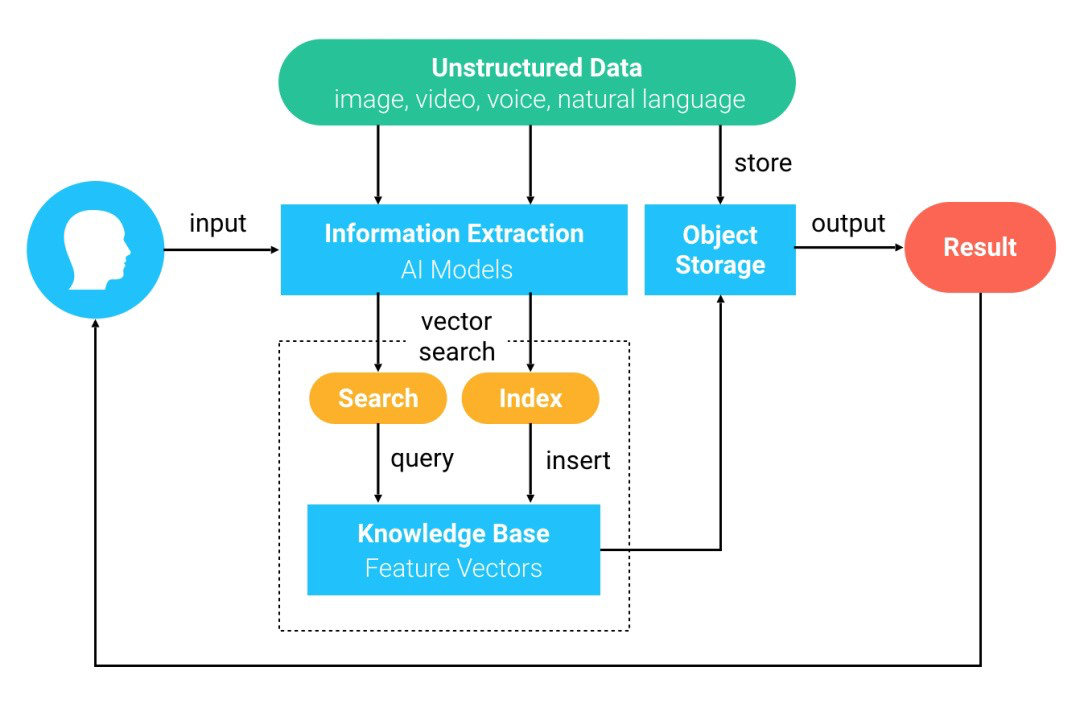 How does similarity search work in Milvus? 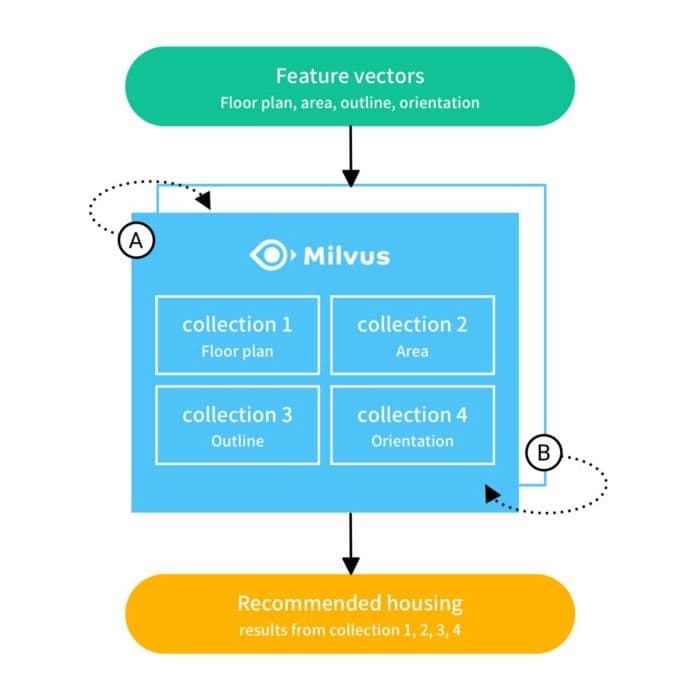 Basic workflow of a graph-based recommendation system in Milvus.

Basic workflow of a graph-based recommendation system in Milvus.

Note that the MovieLens datasets used in this example requires minimal data cleaning or organization. However, if you are using different datasets your mileage may vary.

The system will now recommend movies most similar to user search queries. This is the general workflow for building a recommendation system. To quickly test and deploy recommender systems and other AI applications, try the Milvus bootcamp.

Milvus is a powerful tool capable of powering a vast array of artificial intelligence and vector similarity search applications. To learn more about the project, check out the following resources: