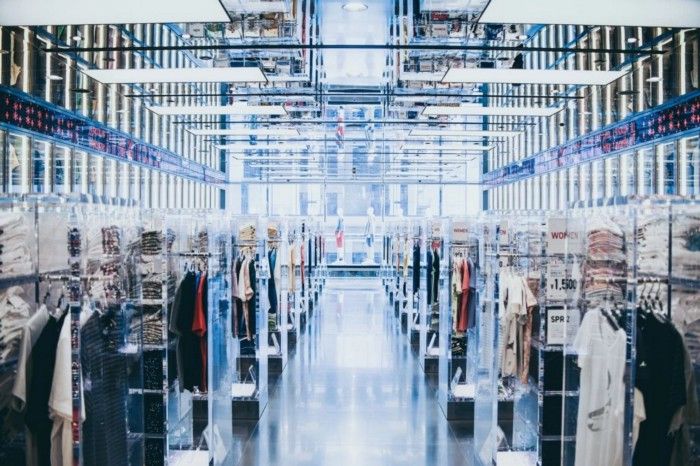 With the continuous development of network technology and the ever-expanding scale of e-commerce, the number and variety of goods grow rapidly and users need to spend a lot of time to find the goods they want to buy. This is information overload. In order to solve this problem, recommendation system came into being.

In this article we use PaddlePaddle, a deep learning platform from Baidu, to build a model and combine Milvus, a vector similarity search engine, to build a personalized recommendation system that can quickly and accurately provide users with interesting information.

We take MovieLens Million Dataset (ml-1m) [1] as an example. The ml-1m dataset contains 1,000,000 reviews of 4,000 movies by 6,000 users, collected by the GroupLens Research lab. The original data includes feature data of the movie, user feature, and user rating of the movie, you can refer to ml-1m-README [2] .

This means that the user ID is 1, female, and younger than 18 years old. The occupation ID is 10.

ratings.dat includes the feature of movie rating, see example below:

In the film personalized recommendation system we used the Fusion Recommendation Model [3] which PaddlePaddle has implemented. This model is created from its industrial practice.

First, take user features and movie features as input to the neural network, where:

For movie features, the movie ID is processed in a manner similar to the user ID. The movie type ID is directly input into the fully connected layer in the form of a vector, and the movie name is represented by a fixed-length vector using a text convolutional neural network. The feature representations of the three attributes are then fully connected and added separately.

After obtaining the vector representation of the user and the movie, calculate the cosine similarity of them as the score of the personalized recommendation system. Finally, the square of the difference between the similarity score and the user’s true score is used as the loss function of the regression model. 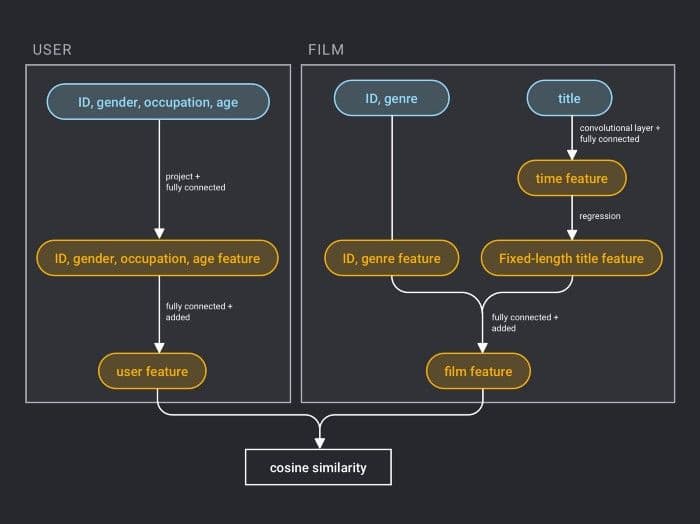 Combined with PaddlePaddle’s fusion recommendation model, the movie feature vector generated by the model is stored in the Milvus vector similarity search engine, and the user feature is used as the target vector to be searched. Similarity search is performed in Milvus to obtain the query result as the recommended movies for the user. 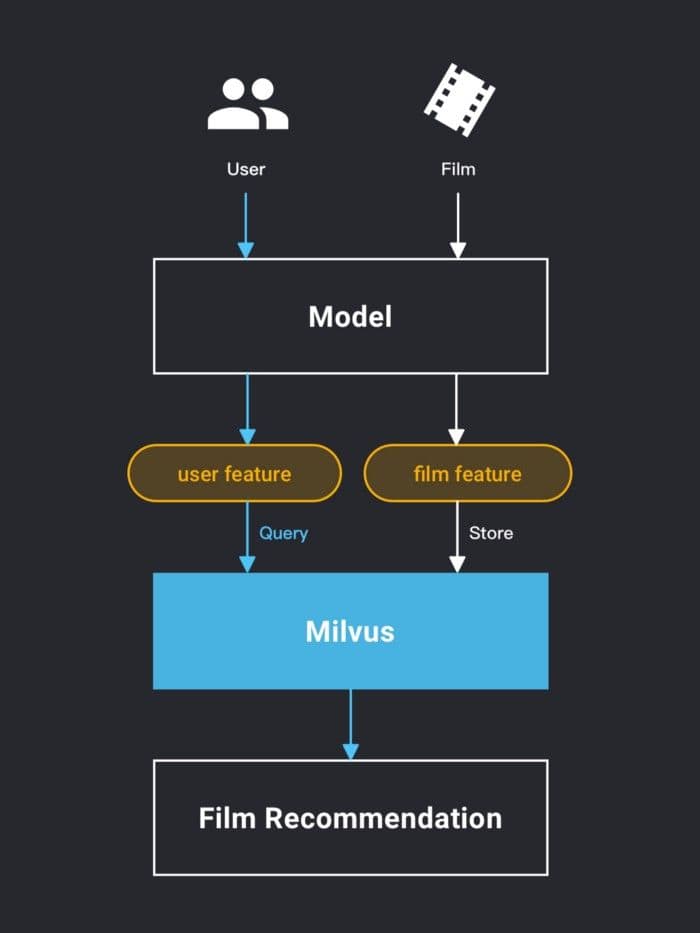 There are three steps in building a personalized recommendation system with Milvus, details on how to operate please refer to Mivus Bootcamp [4].

Running this command will generate a model recommender_system.inference.model in the directory, which can convert movie data and user data into feature vectors, and generate application data for Milvus to store and retrieve.

Running this command will generate test data movies_data.txt in the directory to achieve pre-processing of movie data.

Running this command will implement personalized recommendations for specified users.

The main process is:

Prediction of the top five movies that the user is interested in:

By inputing user information and movie information to the fusion recommendation model we can get matching scores, and then sort the scores of all movies based on the user to recommend movies that may be of interest to the user. This article combines Milvus and PaddlePaddle to build a personalized recommendation system. Milvus, a vector search engine, is used to store all movie feature data, and then similarity retrieval is performed on user features in Milvus. The search result is the movie ranking recommended by the system to the user.

Milvus [5] vector similarity search engine is compatible with various deep learning platforms, searching billions of vectors with only millisecond response. You can explore more possibilities of AI applications with Milvus with ease!